My apartment building has a remote-controlled gate to the parking lot.  The remote has a secret 10-bit key encoded in it for security.

Recently my remote broke and in replacing it I thought about how hard it would be to make my own remote.  I also wondered what it would take to brute-force guess all the keys.

In the end, I built a multi-function gate remote which can:

How it works in the first place

Remote controlled gates have a computer system attached which:

Here is my gate: 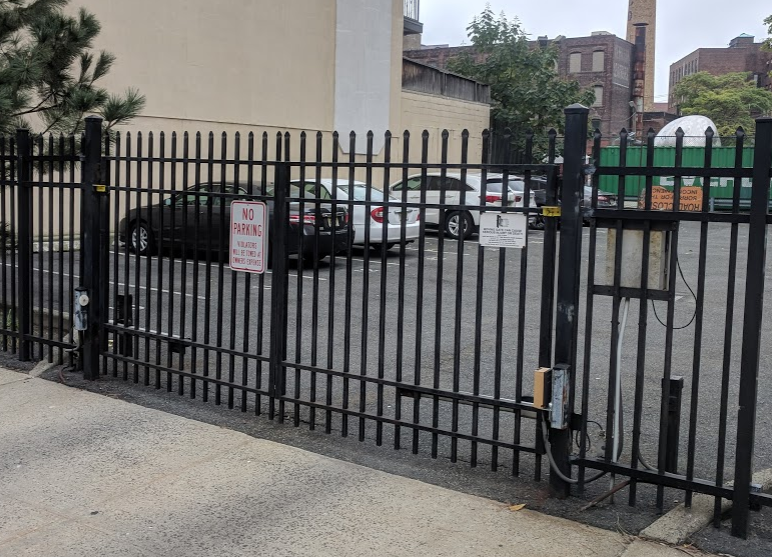 You can see the radio antenna leading to the control system operating the gate. 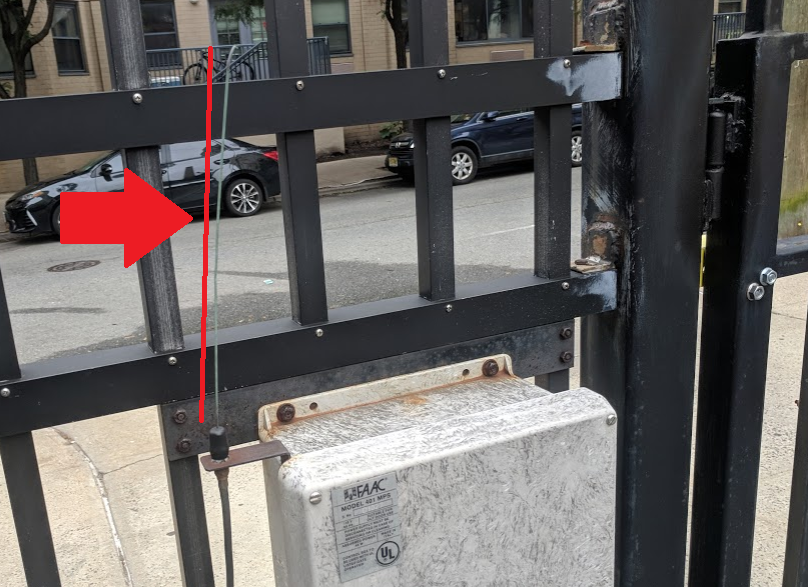 The remotes for these types of gates look like this, which is a Stanley 1050 controller operating at 310MHz. 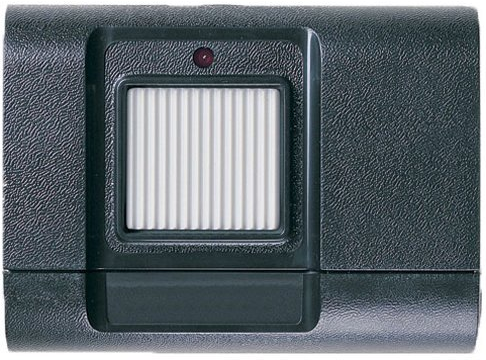 Inside the remote is a 10-bit DIP switch indicating what code the remote should send.  If this matches the gate control system, the gate should open.

(Also yes this is my gate combination, I’m not super worried about it) 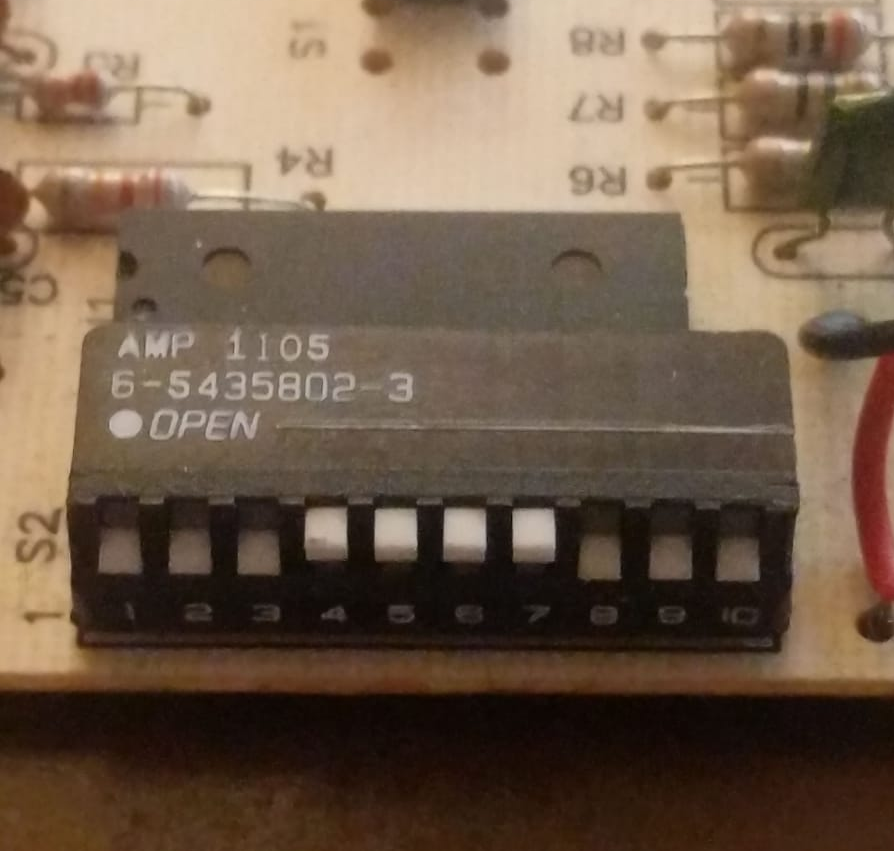 Going deeper, how does the RF modulation work?

In order to understand how to make a replacement remote I had to figure out how this one worked in the first place.

Clearly it’s radio at 310MHz, but what was the encoding scheme for transmitting the 10-bit key?

Using SDR# and a software defined radio (SDR), I was able to snoop the radio transmissions.  The data is stored in an audio file.

Here is the SDR interface while I was recording: 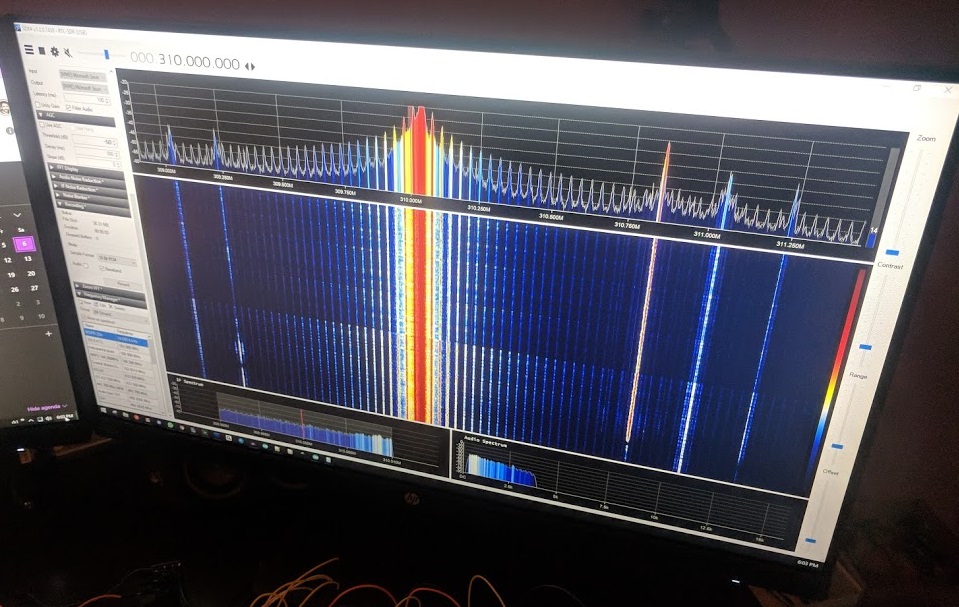 I was able to open the resulting audio file in Audacity and zoom in on the patterns seen.

In my analysis, we’re seeing:

Can I build it myself?

So provided I could reproduce in RF the code with those timings, it should work.

Since I had the RF modules from my balloon flights I was able to modify my libraries to support ASK modulation and get a prototype working without too much pain.

After putting together a rough outline of the controller code, it worked!  I can open the gate!

Can I brute-force guess the 10-bit key?

The remote wouldn’t know if it hit on the right code, but the gate would open and that’s all you’d really care about.

Sadly, my gate doesn’t seem to open the first time it receives the correct code.  It forces you to hold the button for a moment and get several correct codes in a row.

In fact, it takes 5 consecutive correct codes before the gate opens.

This puts the total guess time to 3 minutes and 20 seconds.  It’s a bit on the slow side but as a proof of concept very acceptable!

Here is the moment of truth:

Can I speed up the brute-force?

Yes, there are ways to do this that work in theory, but don’t work with my specific gate.

The concept is basically to assume the gate has a shift-register-like device checking for the right code.

If I want to brute force it, at some point I’m going to try 2345, and later get to 3456.  Those two tries will each take the same duration, adding up to be 8x single-digit duration.

If I want to improve on 8x, consider what happens if I tried pressing keys 23456.  The sequence 2345 is in there, and so is 3456.  This whole sequence would take 5x single-digit duration, which is a big improvement over 8x.

ATMs, of course, don’t work this way, but according to some articles I was able to find on the internet, some gates do.

Sadly, my gate is fussy and wants the right sequence 5 times in a row before opening, which rules out using the procedure above directly.

I did try the approach though.

It requires determining the “shortest superstring” of all the 10-bit numbers, meaning each 10-bit number shows up in its entirety somewhere in the superstring.  And clearly they aren’t going to be in sequential order.

I pre-calculated the value on a regular PC instead of in the remote-control microcontroller.

The shortest sequence would be 1,066 digits.  Compare that to the 10,240 the sequential brute-force attempt takes.  That’s a 90% savings!

Here is the sequence generated if you’re wondering: 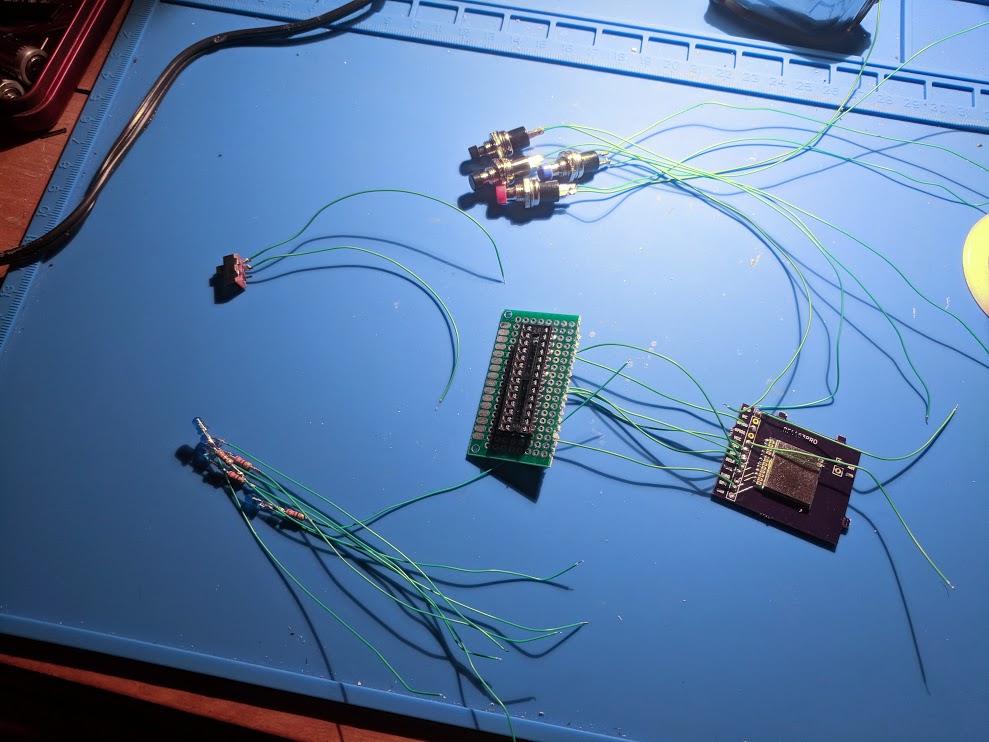 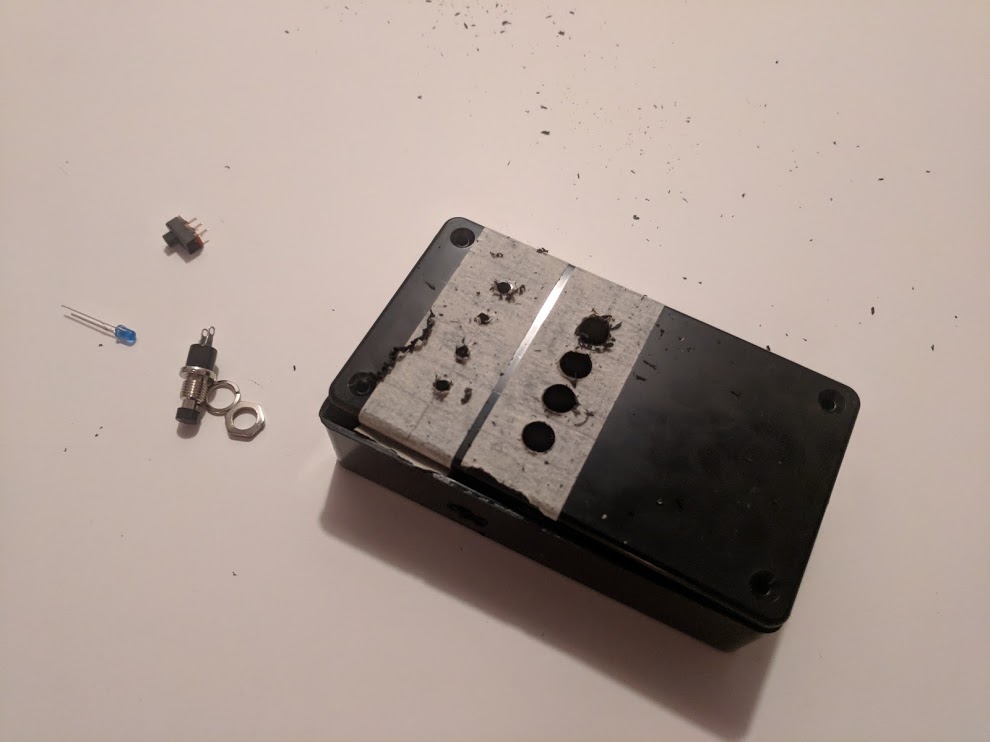 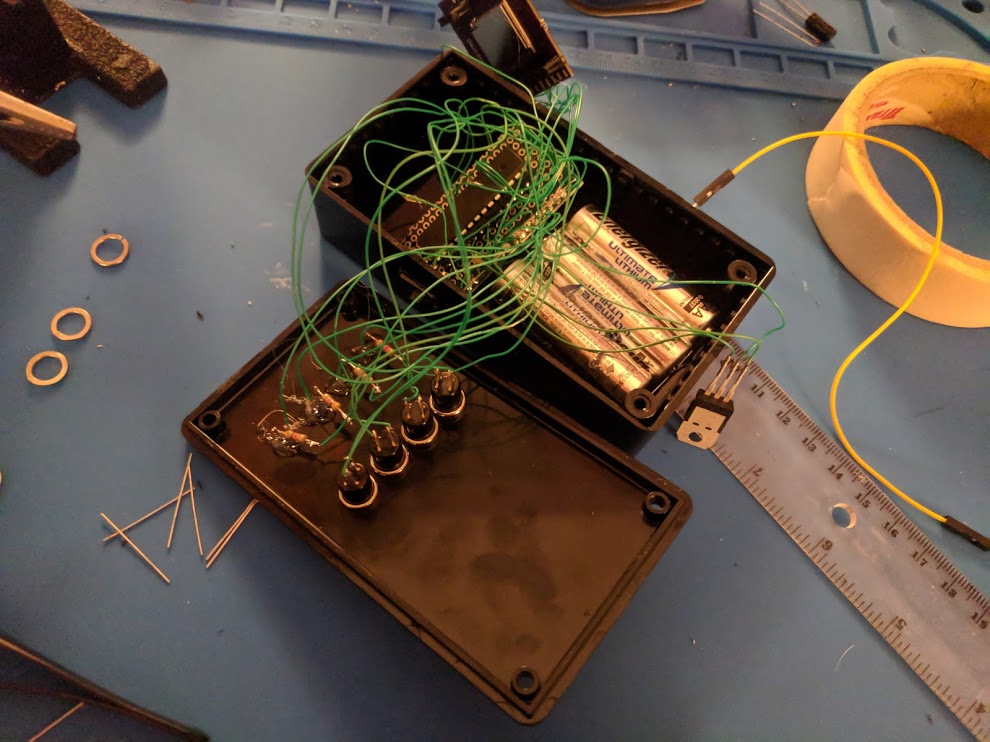 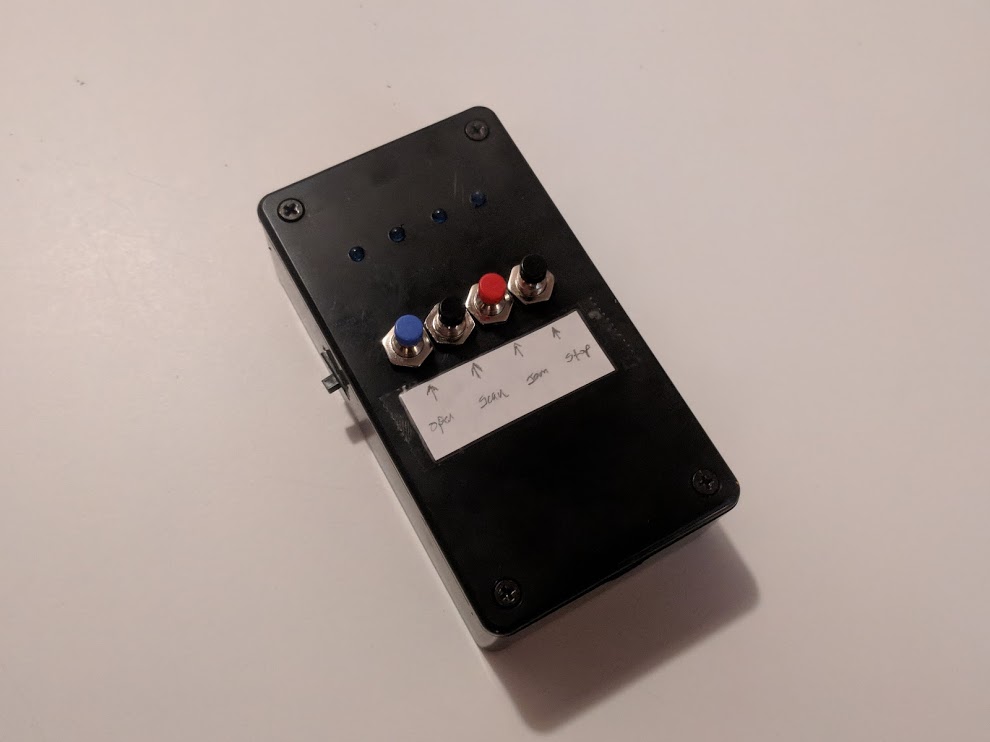